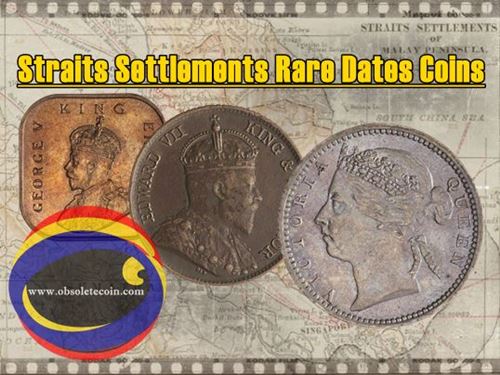 For obsolete coins like Straits Settlements coinage, the coin rarity is depends not only on mintage. Some coins might have a very high mintage but all the coins during that year might had been recalled and melted. It may be caused by many reason including rising cost of silver, shortage of copper for ammunition or confiscation by Japanese troops.


We don't include proof coins in this list because it is almost imposibble to find it unless you bid them in auction house.