Unknown 5/04/2016 05:18:00 pm
Straits Settlements was established in 1826 as part of the territories controlled by the British East India Company, the Straits Settlements came under direct British control as a crown colony on 1 April 1867. The Straits Settlements consisted of the four individual settlements of Malacca, Dinding, Penang (also known as Prince of Wales Island), Singapore (with Christmas Island and the Cocos Islands). The island of Labuan, off the coast of Borneo, was also incorporated into the colony with effect from 1 January 1907, becoming a separate settlement within it in 1912. 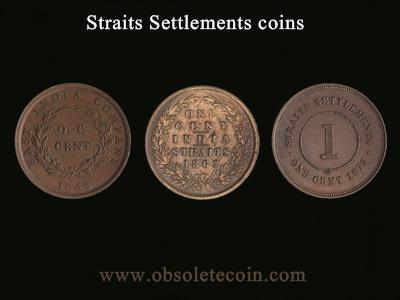 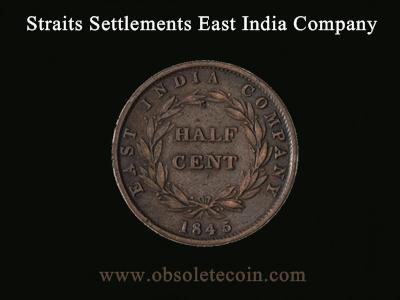 
In 1844, the Governor-General of India authorized the issue of coinage for The Straits Settlements. The first coins issued for the Straits Settlements in 1845 were ¼, ½ and 1 cent denominations in copper. the coins was declared legal tender in Straits Settlements by Indian Act VI of 1847 with effect from 1st June 1847 with a limit of 100 cents=one dollar. The dies for this coinage were engraved by William Wyon, chief engraver at the Royal Mint, London. The coinage was struck at the Calcutta Mint in 1845. A further issue of this coinage dated 1845 was restruck at the Madras Mint in 1858. These coins bear the young potrait of Queen Victoria on the obverse and the inscription "EAST INDIA COMPANY" on the reverse. 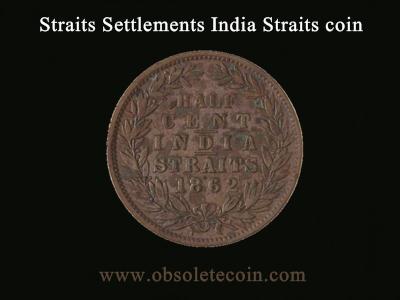 
By Indian Act XIII dated 23 April 1862, a second issue of the ¼, ½ and 1 cent denominations was produced in 1862 by the government of British India. These bore the inscription "India - Straits". These coins were struck at the Calcutta Mint, India and bear the year date 1862. 
The Unfederated Malay States consisting of Perlis, Kedah, Kelantan and Terengganu came to accept the coinage of the Straits Settlements after the appointment of British advisers in 1909. Johor only accepted the appointment of British Advisor in 1914. However, due to the close prodimity of Johor to Melaka and Singapore, the coinage of the Straits Settlements was already in circulation in Johor by the late 19th Century.


10 january 1874 by Government Notification No.14: The American Trade Dollar and the Japanese Yen or Dollar were admitted to the Straits Settlements us unlimited legal tender.


21 October 1890 by order of Her Majesty the Queen in Council: The silver Mexican dollar was declared the standard legal tender coin of the Straits Settlements. the silver dollar of Hong Kong and the Japanese Yen or Dollar were also acceptable provided they were not below the minimum weight and fineness. The Silver dollar of Spain, Peru and Bolivia were declared non legal tender.

21 October 1890 by order of Her Majesty the Queen in Council: The American Trade dollar was declared legal tender with effect from 1st January 1891. 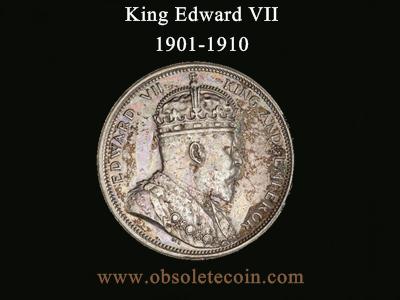 
By November 1906, the first Straits Settlements large silver dollars dated 1903 and 1904 became intrinsically worth their face value. A second series of smaller Straits Settlements dollar of a lower silver weight were struck between 1907 until 1909. 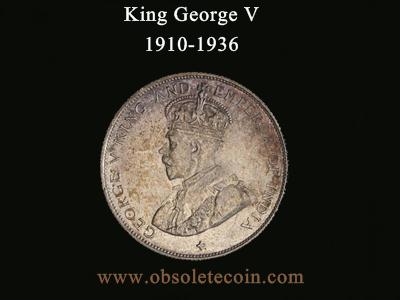 
These series of 1907-1909 silver dollar were also became overvalued by August 1917 and were subsequently replaced by a further reduced silver content and weight dollars dated 1919 and 1920.


On 29 August 1918, "The Legal Tender (Supplementary) Enactment 1918" came into force. It provided for the issuance of the 5, 10, and 20 cents coins of lower silver (.400 fine) silver content. This was followed on the 29 October 1919, "The Legal Tender (Supplementary) Enactment 1919" which reduced the silver fineness of the 50 cents and One dollar from .900 to .500. It proved difficult to produce 5 cents coins of sufficient size and reduced weight to be easily portable. A new 5 cents coin in Cupro Nickel was minted in 1920.


In September 1933, Sir Basil P. Blackett was appointed head of the Currency Commission to review the currency for the Straits Settlements and the neighboring Malay States. Finally in 1939, newly designed coinage was introduced by the recently appointed Board of Commissioners of Currency Malaya.


The coinage of the Straits Settlements continued to be used until 31st December 1952, after which it was demonetized.