In September 1933, Sir Basil P. Blackett was appointed by the Secretary of State for the Colonies as a head of the Currency Commission to review the currency for the Straits Settlements and the neighboring Malay States 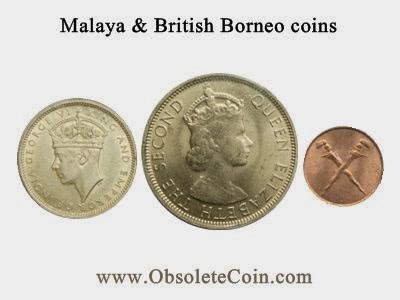 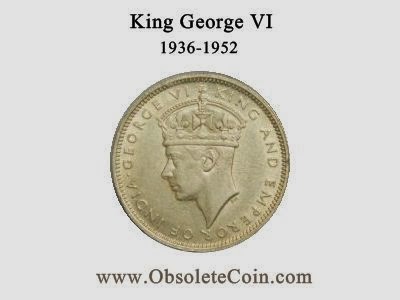 
The Currency Ordinance No. 44 of 1952 of the Crown Colony of Singapore, No. 33 of 1951 of the Federation of Malaya, No. 10 of 1951 of the British North Borneo and No. 1 of 1951 of the Crown Colony of Sarawak implemented an agreement between those governments and the State of Brunei for the establishment of a Board of Commissioners of Currency to be the sole issuing authority in Malaya and British Borneo. This agreement became effective on 1 January 1952 and the board was renamed The Board of Commissioners of Currency, Malaya and British Borneo. The Board consisted of five members:
1. Financial Secretary of Singapore who was also the Chairman of the Board
2. Minister of Finance for the Federation of Malaya
3. Governor of Sarawak
4. Governor of British North Borneo
5. British Resident of Brunei
6. and two further appointed by agreement of the participating governments. 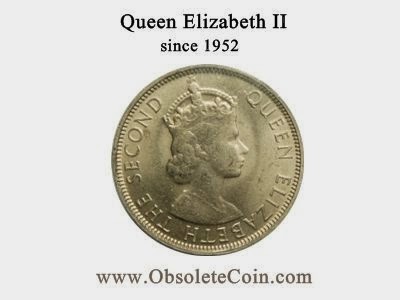 
All these coins have the inscription "QUEEN ELIZABETH THE SECOND". The reverse is inscribed "MALAYA AND BRITISH BORNEO" with the respective denomination in the centre and the year date below. In 1962, new 1 cent coins in Bronze bearing two keris (Malay dagger) on the obverse were introduced.


The Board of Commissioners of Currency, Malaya and British Borneo, ceased to issue it's currency with effect from 12th June 1967. Thereafter, this function was taken over by Bank Negara Malaysia which assumed sole currency rights in Malaysia. Singapore and Brunei issued their own respective currencies through newly constituted monetary authorities.


In Malaysia, the currency of The Board of Commissioners of Currency, Malaya and British Borneo, continued to circulate side by side with the new Malaysia currency until 16th January 1969 at which date it was demonetized and thus ceased to be legal tender.


Source: Wikipedia, Saran Singh "The Encyclopaedia of the coins of Malaya Singapore and Brunei 1400-1967".