Unknown 1/19/2015 06:21:00 am
In this article, you can find Rajah Charles Brooke one cent coin prices, image, issued years and mintage info. There are two versions of this coin, a normal copper coin and central hole copper coin. The earlier copper 1 cent followed the previous design on James Brooke Copper coins.
Changes on the 1 cent design occurred because of a complaints by the Straits Settlements Government in 1891, that the Sarawak coin designs are similar with the Strait Settlements coins. As a result, from 1892 until 1897 new copper 1 cent coins with a centre hole and a smaller portrait of the Rajah Charles Brooke were released, to avoid confusion with the Strait Settlements coins. 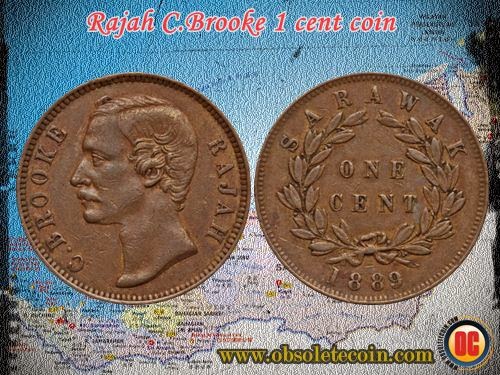 
During Rajah Charles Johnson Brooke’s rule, the State of Sarawak was placed under British protection in 1888 and the governor or the Straits Settlements was appointed Agent of Sarawak. As a protectorate of Britain, Sarawak gained a parliamentary government. Investment in state infrastructure included a railway and the development of natural resources after oil was discovered.
In 1889, responsibility for ordering the coins was transferred to the British North Borneo Company in London and henceforward the coins were impressed with the H mint mark of the Heaton Mint. Thus the cent dated 1889 exists in two versions, with or without the H mint mark which appears on the reverse, below the ribbon of the wreath. Some 3,210,000 cents were struck that year, equally divided between those with and without the mint mark. All of the cents issued in 1890 had the mint mark, but in 1891 only about two-thirds of the mintage (1,623,888 in all) bore the letter H, while the others were unmarked. 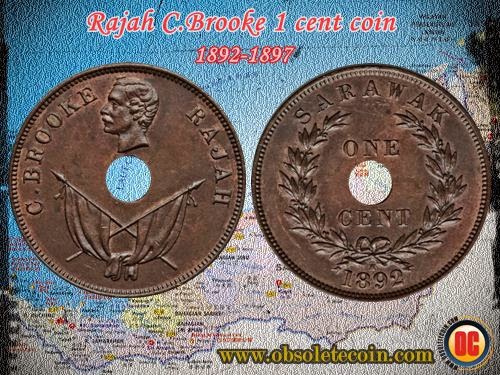