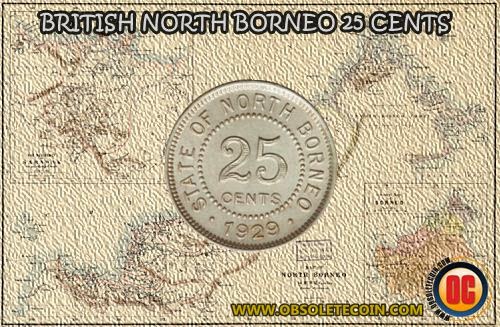 The coin reverse show within a circle of beads, 25 / CENTS; around, STATE OF NORTH BORNEO . YEAR. 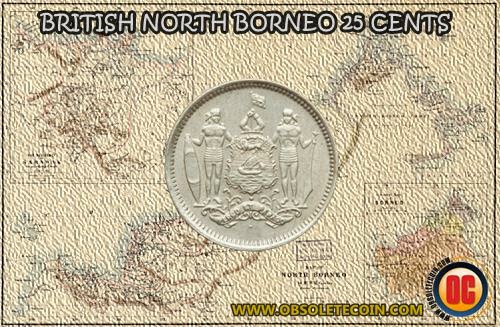 The coin obverse show shield of arms of the British North Borneo Company; on shield, a lion above a dhow; native warrior supporters one holding a shield the other as large machete; the crest, two arms holding a flag staff; below on ribbon the motto PERGO ET PERAGO (translation: I undertake and I achieve); below, the mint mark, H.