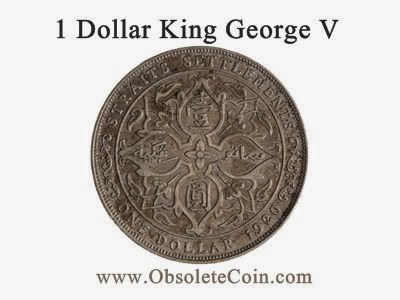 Straits Settlements King Edward Vii series of 1907-1909 silver dollar were became overvalued by August 1917 and were subsequently replaced by a further reduced silver content and weight dollars dated 1919 and 1920. 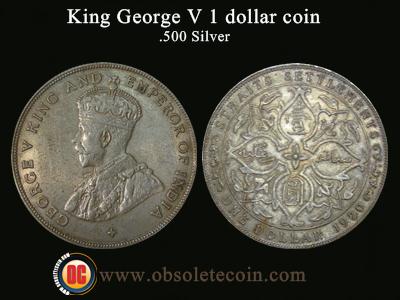 Obverse Description: Crowned and draped bust of the King facing left, the King is wearing the Imperial Crown and the ermine Robe of State, the Collar of the Most Noble Order of the Garter, and the Badge of the Most Honourable Order of the Bath; around, GEORGE V KING AND EMPEROR OF INDIA; on bust truncation, the artist's initials, BM


Reverse Description: At centre within a line circle, a scroll ornamentation containing Chinese characters YAT YUEN (one dollar) at top and bottom, and Malay characters SATU RINGGIT (one dollar) at right and left; around, STRAITS SETTLEMENTS ONE DOLLAR 1920.