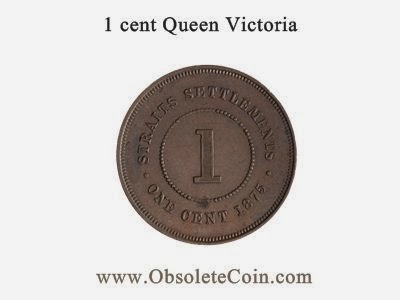 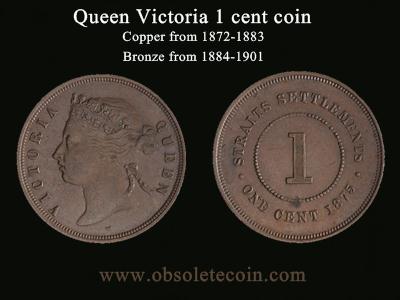 Straits Settlements Queen Victoria 1 cent coin
Obverse: Head of the Queen wearing coronet or diadem ornamented with jewels facing left; around, VICTORIA QUEEN. The ends of the coronet are connected by a band which is partly hidden by the hair. The hair is drawn into a knot tied with a bow which hangs down the back of the neck.


Reverse: Within a circle of beads, 1; around above, STRAITS SETTLEMENTS; below, ONE CENT and year.